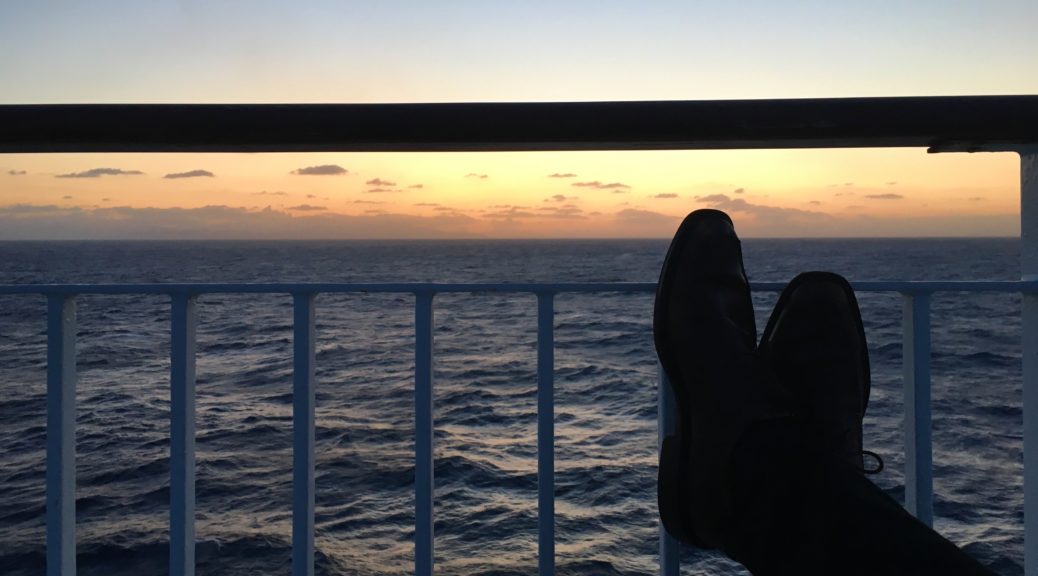 I ended up sleeping on the floor of my cabin after discovering just how uncomfortable the pullman seats are. To my surprise once I hit the floor, using my backpack for a pillow and jacket for a blanket, I slept like a baby. Not for too long though… At 5:55 I awoke to the deep sways of the ship.

The sunrise! It took a split second debating with myself on the “comfort” of the floor, but I soon put on my shoes and ascended to the top deck pleased to find I was alone. The stars were unbelievable; I don’t remember the last time I saw that many at once. The combination of solitude on the sundeck of a ship in the Mediterranean Sea with only the faint flashes of Corsican lighthouses in the distance and a full view of the universe above really sets a mood that’s difficult to explain. A feeling of oneness with everything around you. The moment is so beautiful.

I grab a chair, rest my feet on the railing, and wait for nature to do what she does best. You could just see where the sun would be rising in an hour or two, as that part of the night sky had a bluer tint to it. Once the light became more prominent, you begin to see the distant mountains of Corsica. Then a few hours later, perfectly timed after the sunrise, the peninsula of Asinara arrives alongside the ship and before we know it we’re docked in Porto Torres. 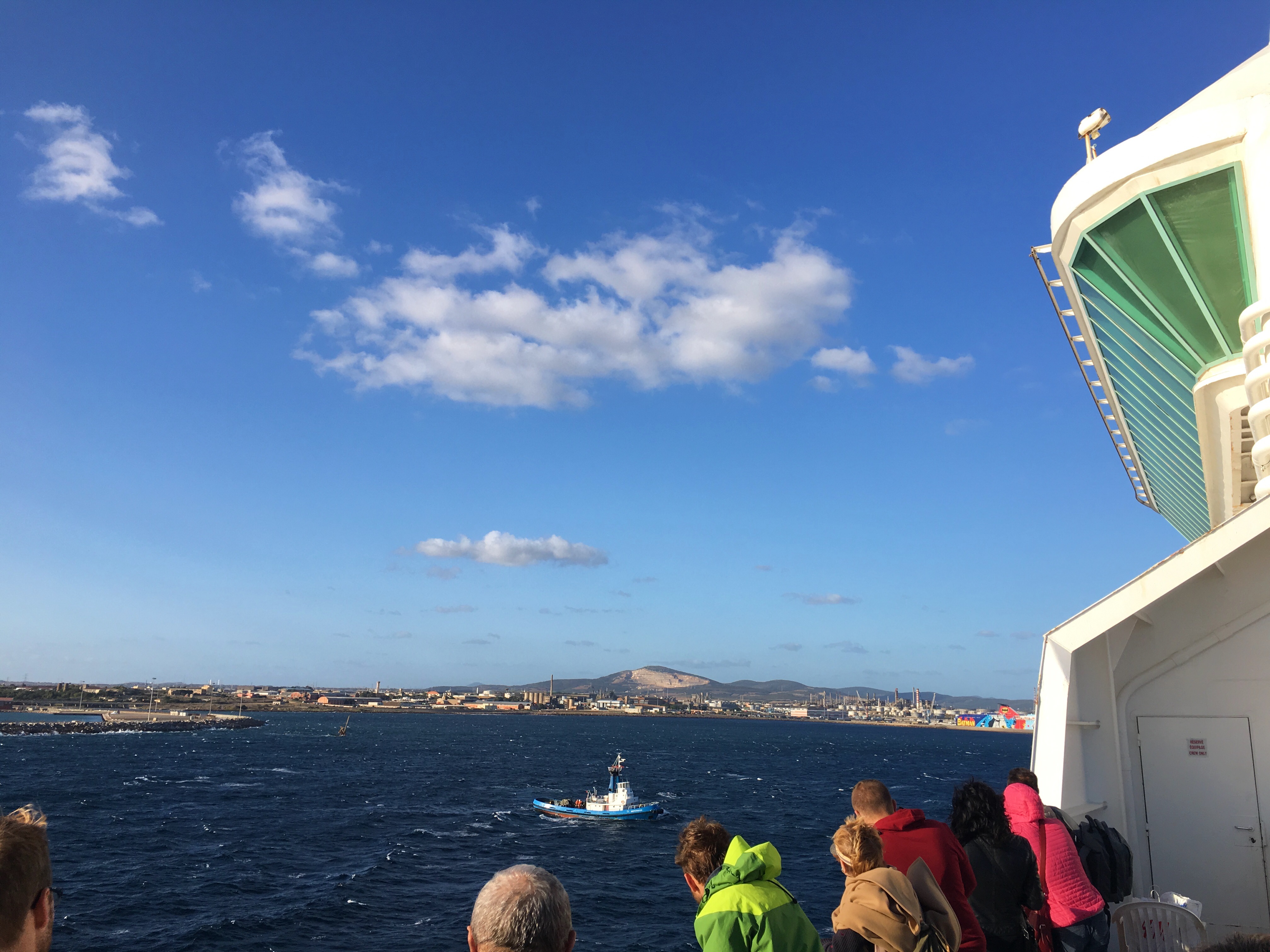 I guess you could say I didn’t do the best planning… If I had known that the port we would be docking in Porto Torres wasn’t directly accessible to the center by public transportation, I probably would have chosen elsewhere. Although perhaps it is connected, but I just didn’t know! That was the thing, my phone’s internet connection stopped working once I got into port, so I had no access to my favorite travel companion; Google Maps. Anyways, I walked 2.5 km to the city center along a quiet street with the sea to my left and a field of tall grass to my right; luggage in both arms.

But hey! It’s an adventure!

When I arrived at the center, I found what was to be the train station, but it looked old and abandoned with rusty rails covered in vegetation and not a train in sight. Well, I guess we’re taking the bus. The beneficial thing without Google Maps is that I’m forced to practice my Italian. I have no other choice! After about an hour of just ‘winging’ it with half-understood directions from locals, I found myself in Sassari. There, I used the same tactics to find the train station with two hours to kill until the next train to Cagliari. Okay, let’s find a TIM store and get this internet issue fixed. Luckily, after scaling the streets to the center, I see blue TIM sign like a beacon of hope. In the end, there was just a small issue with my internet after crossing the sea… On my walk back down to the station, I had the opportunity to appreciate the city’s architecture a little more. This part of Italy is completely new to me, not like anywhere else I have been in this country. The architecture seems to have Greek, Arabic, Spanish, and Italian influences. I wish I had the chance to stay in Sassari longer and explore what the North has to offer. But today I must head south! 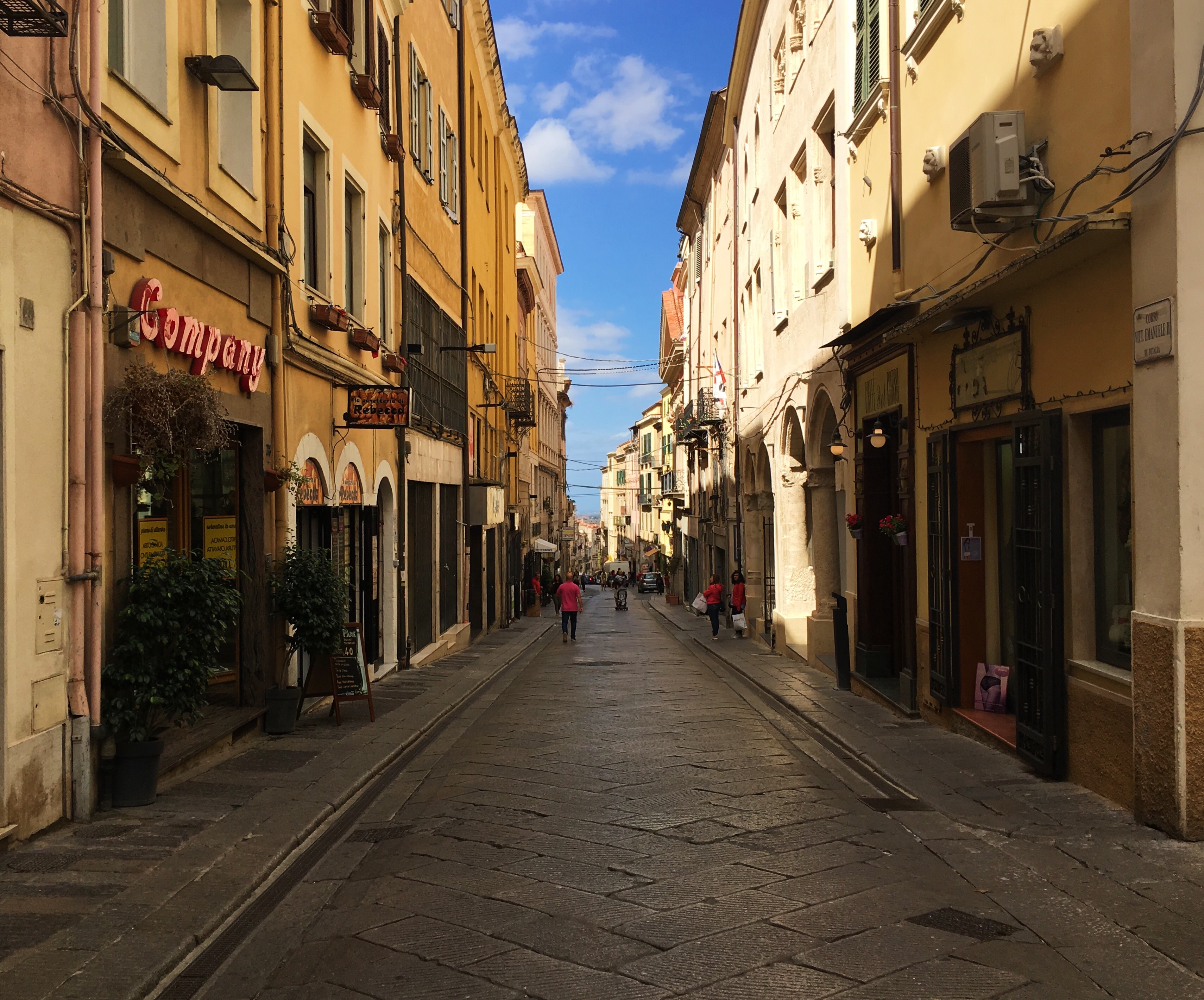 Now I’m on the train to Cagliari; the train to more unknown. Of course I’ve come to Cagliari to visit my penpal, but I don’t really have anything planned. As of an hour ago, I know where I will sleep tonight. But tomorrow is a mystery at the moment. I may look for another workaway here, I may go somewhere else. Ultimately I’m just waiting to hear if I have the teaching position or not. Then, my plans will begin falling into place. 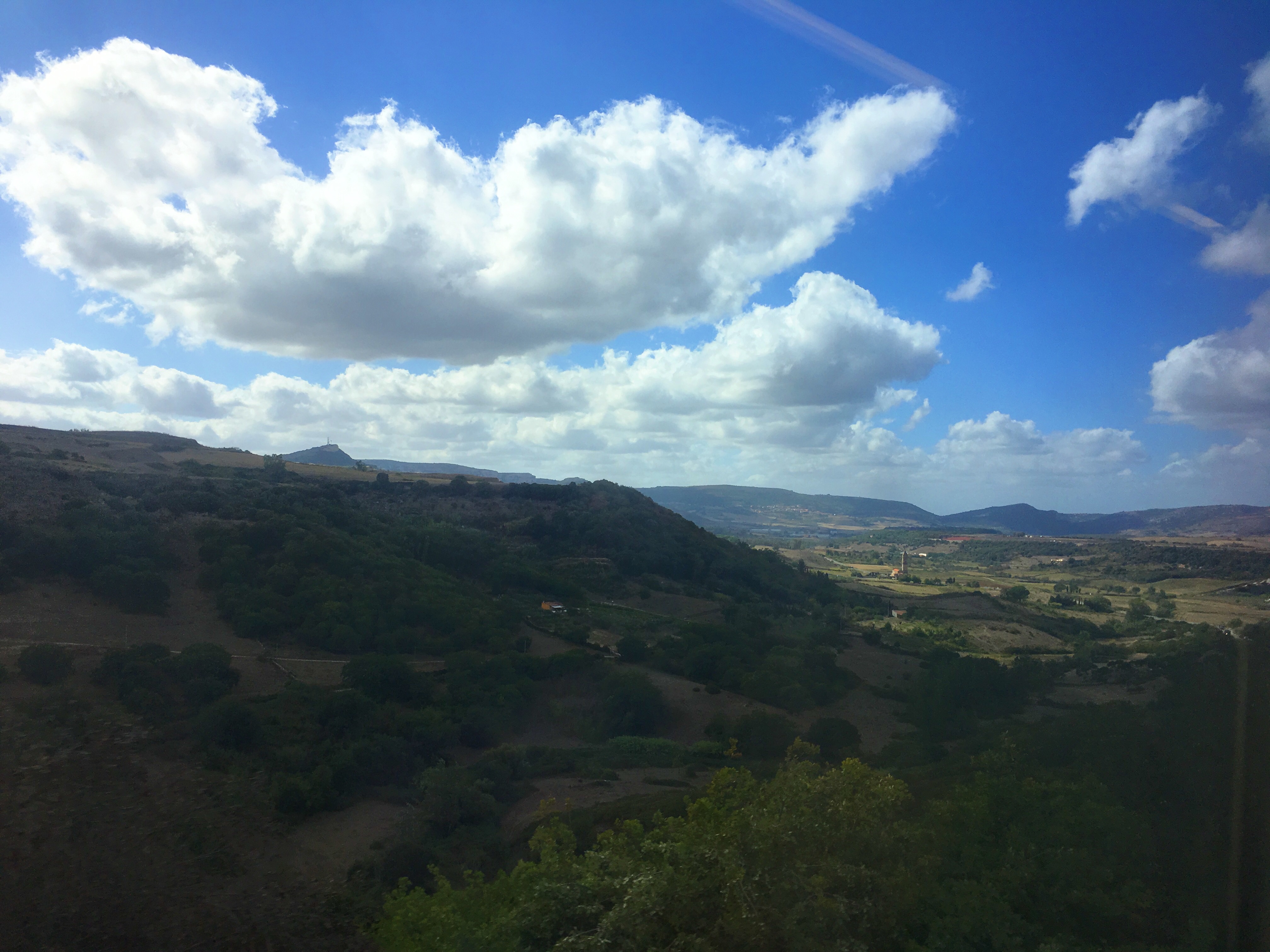