Tonight I sleep at the Milan Malpensa airport, awaiting a 7:10am flight to London.

Yep… A lot has happened within the past few days. My parents are traveling to London soon and I plan to meet them there, but I’ve decided to go a week earlier because… well honestly I just want a little change. I know I know, that sounds a little odd coming from someone who’s traveling, where every day is different. But as adventurous as Sardinia is, it has exhausted me.
After booking my flight to London, my contact at the school that my internship is at said they will need to push the start date back until the beginning of November… Another month. So after a stressful bit of thinking and trying to figure out how I’m going to budget the remaining money I have to cover the next month, I’ve decided I will remain in the United Kingdom until November using Workaway. I only have about a month left of my tourist visa in the Schengen Zone, so going to the UK and getting their tourist visa will allow me to stay in Europe without cutting it too close. I already have something lined up for my first week in England; volunteering for a lovely vegetarian couple in Wadhurst, East Sussex. After the Workaway, I will be meeting up with my parents in London.

Although it definitely wasn’t easy. For the past week, ever since leaving Genova, I’ve been traveling day-by-day with no plan whatsoever; waking up in the mornings not quite knowing where I’d sleep in the evenings. In fact two, soon to be three, cases sleeping on the floor! It was thrilling and adventurous, yet exhausting. Mainly because of the large amount of luggage I’m carrying. If I was traveling lighter, it definitely wouldn’t be so strenuous. With that being said, I’m very much looking forward to being in one place for an extended period of time.
But ultimately I really enjoyed Sardinia! The culture of the island is nothing like I’ve seen in other parts of Italy that I’ve visited. It’s tough and rugged; the culture, architecture, and the people. Not in a negative light of course! Cagliari is very mystical, with its winding streets in the medieval center and with cultures from all corners of the Mediterranean. Shops and merchants selling everything from traditional Sardinian sweets to fabrics from Northern Africa and the Middle East.
After my time in Quartu Sant’Elena, I returned to the marina of Cagliari in the center and took a bus to the top of a hill overlooking the city. I hopped off at Cittadella dei Musei, offering a gorgeous panorama of the surrounding areas. I could even see Quartu Sant’Elena and Poetto Beach from there!

I walked downhill to Piazza dell’Indipendenza, and further to Cattedrale di Cagliari (Cattedrale di Santa Maria Assunta e Santa Cecilia) and meditated there for a while. The contrast of the white sand-colored exterior and the extravagantly-decorated interior was magnificent. I strolled a little more to Bastione di San Remy, with a lovely overlook of the marina. The architecture and surrounding environment of this city is really something else. I’m amazed and breath-taken every where my eyes stray.

After my last night in Cagliari, things began moving very quickly. I took a train to Olbia, where I caught a ferry back the the Italian mainland; Livorno. From there, after struggling to find my way to the train station from the port at 7:00am on a Sunday when public buses don’t begin running until to hours later, I took a train to Florence where I would stay the night. It was really nice to be back in Florence! As a matter of fact, I never wrote about my earlier experiences but this is actually my third time visiting Florence during my travels in Italy. I was there about a month ago on a weekend away from Siena where met a group of very friendly Dutch travelers who love to drink; naturally we all got along very well! I discovered that the Dutch really know how to drink, I was struggling just to keep up! But anyways I’m getting off topic… This time in Florence, I wanted to plan my next few days and I didn’t want to spend any money, so I really didn’t care about meeting people at the hostel. But alas, my friendly nature got the best of me. Yet I have no regrets because I met two wonderful people, a Russian named Liza and an Egyptian named Khaled, and we spent a lot of time in deep, provocative conversation. I even FINALLY found myself a good margarita!! It’s taken me this long, but I found it in a little Mexican hole in the wall in an old cellar. 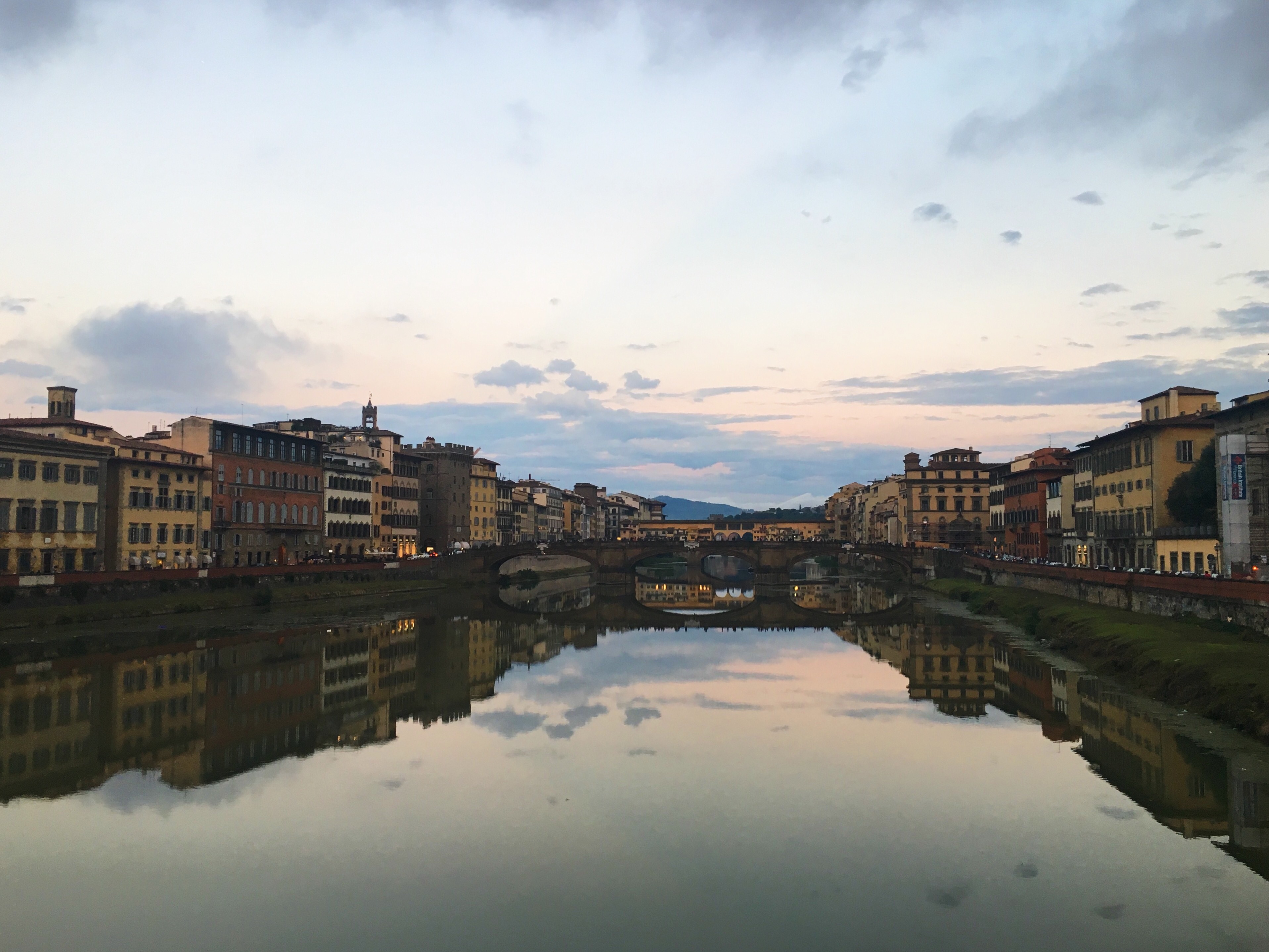 The next morning, I took a bus to Milan, stayed in the cheapest hostel I could find, then took the train to Malpensa the next day.

And here we are; full circle. I’ve made a little nook between a bench and the wall using my luggage and a jacket. Not the most comfortable place I’ve slept, but it beats the wooden floor of a dirty hallway on a swaying ship from Sardinia. Life really is an adventure, isn’t it..?